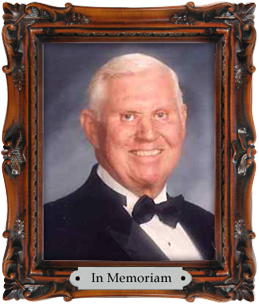 "The success and growth of McFarlane Law is dedicated to the memory of my father." —William J. McFarlane

Mr. McFarlane was employed by Allstate Insurance Company for 29 years, first in the State of New Jersey and later in the State of Florida, retiring as a Casualty Claims Manager.

Thereafter, Mr. McFarlane served as a claims consultant for the law firm now known as McFarlane Law. Mr. McFarlane was responsible for the creation and implementation of the claim handling procedures and defense strategies that has enabled Allstate insurance company to become an insurance industry leader in the defense of automobile personal injury claims.

McFarlane Law has awarded Mr. McFarlane the posthumous title of Chief Claims Administrator as a tribute to his 35 years of service to the insurance industry and for serving as the inspiration for the success of McFarlane Law.